Providence, R
A full-time musician with many music and theatre credits under his belt, Eric received fabulous reviews playing Buddy in the summer 2010 production of the show at the Courthouse Center for the Arts, in Rhode Island.

Eric Fontana is a multiple category nominee in both The Providence Phoenix and R.I. Motif's Best Music Polls (Best Male Vocalist, Album of the Year).

“Eric Fontana is fabulous as Holly... he's riveting when he's got a guitar slung over his shoulder. His playing is masterful and his voice true and clear, a little like Holly's. Fontana's Holly is a charming mix of soft-spoken Texan and an ambitious, head-strong artist, a side of Holly we didn't get to see... the music is infectious!”
- Channing Gray, The Providence Journal

“Musician Eric Fontana doesn't so much play Buddy Holly as channel him, nailing the vocals and the guitar work in a production that turns the Courthouse stage into a nostalgic thrill ride. Fontana is superb, capturing the restless spirit and the idiosyncratic brilliance of Holly, especially during the riveting musical sequences.”
- Doug Norris, South County Independent

“The musicianship shows, most importantly in the guitarist who plays Holly — Eric Fontana, who certainly knows his way up and down the fretboard. Vocally, Fontana's renditions segue seamlessly with recordings of Holly. And that, as we are reminded here, was a hard act to follow.”
- Bill Rodriguez, The Providence Phoenix 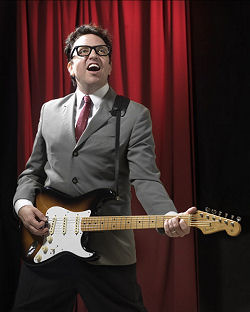 Eric has been a full-time musician since graduating from Berklee College of Music, and has performed as a solo artist opening for such notables as Ben Folds, They Might Be Giants, Kristen Hirsh, Tanya Donelly, Jason Mraz, Howie Day and Deer Tick. As a session musician and assistant recording engineer, Eric has worked in the studio with Barbra Streisand, No Doubt, the Dropkick Murphys, the Amazing Royal Crowns, members of the Mighty Mighty Bosstones, and the late great fiddle legend Johnny Cunningham. 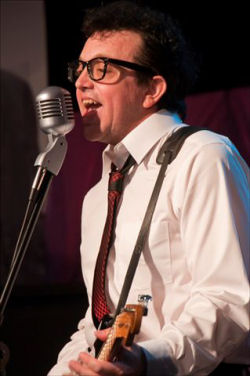 Fans of Rhode Island musical theater will remember Eric as guitarist in Trinity Rep's Thunder Knocking on the Door and Nickel and Dimed, as well as Perishable Theater's banjo and mandolin player for Year of the Baby. More recently Eric has performed The Full Monty, Rocky Horror Show, Violet, RENT and 13 at Courthouse Center for the Arts. Eric's latest CD, Studies in R+B, is a musical road trip through various eras, locations and styles of American rhythm & blues music, as seen through the eyes of a modern indie pop-rock mutt, and is available on iTunes, Amazon and Rhapsody.

For more information on Eric, visit: 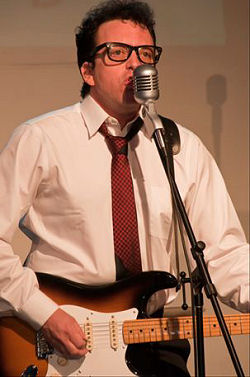