New York, NY
Joe is a musical theatre percussionist/actor originally from Atlanta, currently residing in New York. He has performed in numerous Buddy productions across North America, playing the role of Jerry Allison.

Joe is a musical theatre percussionist/actor who graduated from Ohio State University with a Bachelors in Orchestral Percussion Performance in 2010. An Atlanta native, currently residing in New York, his first Buddy production was playing drummer Jerry Allison at the Surflight Theatre in Beach Haven, NJ, in the summer of 2009. The show was a huge success, becoming the best selling production the 62-year-old theatre had ever produced. 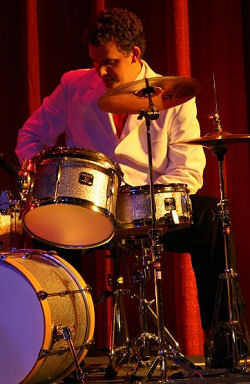 Joe as Jerry Allison, behind the drums during the Apollo scene

Joe finished a two-and-a-half month run of the 90-minute version of Buddy at the Eldorado Hotel & Casino in Reno, NV, in the spring of 2011, followed by six weeks in the summer/fall at Allenberry Playhouse in Boiling Springs, PA. In 2012, Joe starred once again as Jerry Allison at the Alhambra Dinner Theatre in Jacksonville, FL, and then at the Ogunquit Playhouse in Ogunquit, ME. Joe had the privilege of spending the summer of 2013 on the road with the 25th Anniversary Equity North American Tour of Buddy. Major tour highlights included the Ordway Theater in St. Paul MN, the Cadillac Theater in Chicago IL, the Wolf Trap in Vienna VA, and the Benedum Center in Pittsburgh PA. 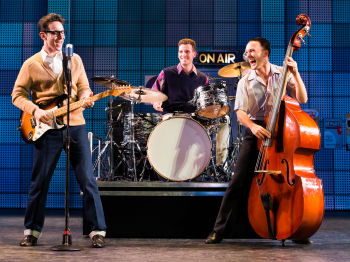 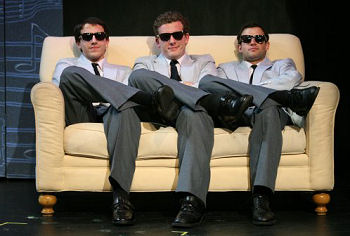 The Crickets: Joe (centre) as Jerry, along with Bill Morey as Joe B. Mauldin and Todd Meredith as Buddy Holly at the Surflight Theatre

Joe is also a member of the Buddy Holly tribute band 'The Rave Ons' based in New York City. This group consists of Joe Cosmo Cogen on drums, Bill Morey on upright/electric bass, Jeremy Renner on lead guitar, and Todd Meredith as Buddy Holly (lead vocals/guitar). When Joe isnʼt on stage rocking out to some classic ʻ50s rock & roll, he is working as a pit musician for various theaters across the country. 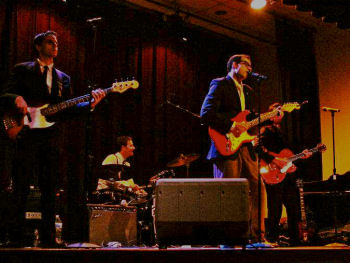 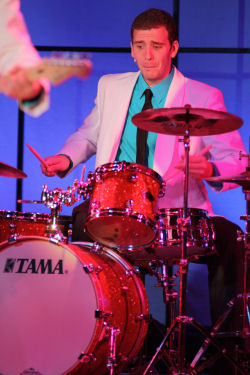 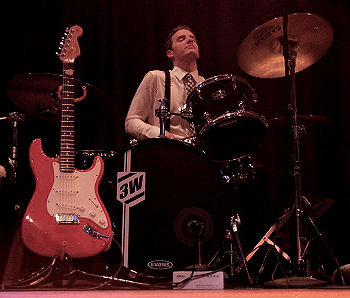