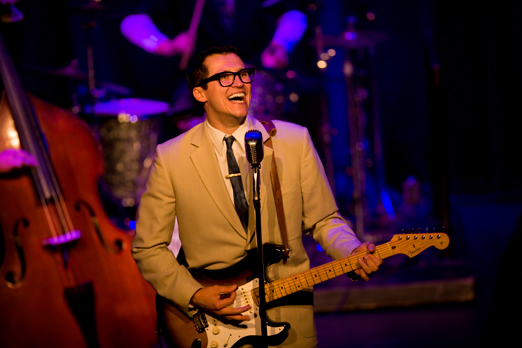 In 1962, Adrian Mitchell, writing in the Daily Mail gave ‘the cult’ surrounding Holly’s memory five years to run. Even now after all this time, Buddy’s songs and recordings sound as fresh as if they were written yesterday, while other records from the ‘50s seem somehow trapped in a time warp of reverberating echo and hackneyed phrases.

Holly’s continuing popularity and the success of Buddywill of course be of no surprise to Buddy Holly fans who already knew that his appeal would last forever. Buddy was somehow ahead of the other rock ‘n’ rollers and capable of more than just top hits. The sad part is that he never really got the chance to develop his artistry...

Although a couple of Buddy Holly singles had been released by American Decca in 1956, it wasn’t until 1957 that his professional career really took off, when he formed the Crickets with three other Lubbock, Texas youngsters – Jerry Allison (Drums), Joe B. Mauldin (Bass) and Niki Sullivan (Bass Guitar). ‘That’ll Be The Day’, their first release as the Crickets was made in Norman Petty’s Clovis, New Mexico studio and quickly sold to Brunswick Records. It entered the American top 100 in August that year and soon climbed to the top of the British charts, beginning a run of single hits by both the Crickets and Holly that would continue into the middle ‘60s. Holly’s posthumous chart appearances in the U.K. were a reflection of the high regard in which he was held, in a country which had given the Crickets such a warm welcome during their 1958 tour.

It may be an overstatement to say that Buddy Holly inspired the whole beat boom of the ‘60s but many of the artistes who rose to fame in that era – from the Beatles down – acknowledged his influence. Holly’s own demo recordings from the ‘50s were soon jostling the Liverpool sound in the charts and sounding remarkably similar to the new tunes of the ‘50s ‘pop’ revolution.

Buddy’s chart appearances only ceased when the unissued material came to an end – his last singles placing was in America in 1969 with ‘Love Is Strange’, which had been spliced together from a short voice and guitar recording and many DJs who played the single were unaware that Buddy Holly had died 10 years earlier!

Since then, countless LP compilations have been issued, one even topped the U.K. album charts in 1978. “What if Buddy had lived?” remains the eternal question. Holly’s plans at the time of his death were certainly interesting; he had left both the Crickets and manager Norman Petty, preferring the artistic and financial freedom in New York. Yet even as he embarked on that fateful plane journey in the early hours of February 3rd, 1959, he was hoping to get back together with the Crickets and return to Lubbock where he had plans to build a studio and start a record and publishing company.

In his own short career, Holly had learnt a lot about the ups and downs of rock ‘n’ roll and his hope was to help up-and-coming local artists launch their careers. Holly’s faith in local talent bore fruit long after his death when his protégé, Waylon Jennings, became a major country star. Buddy may or may not have succeeded in his aims and aspirations but he certainly had the necessary talent and determination.

His portrayal in Buddy – The Buddy Holly Story is proof of his seemingly everlasting appeal to all age groups. We knew in 1959 that we were going to miss him. We couldn’t have guessed how much... 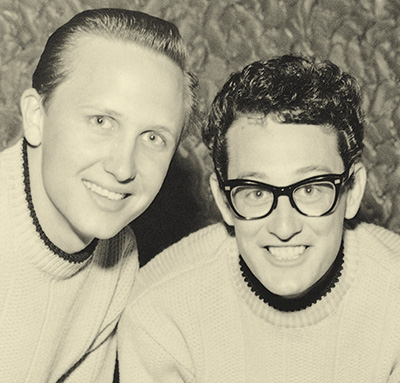