The Duchess Theatre in Long Eaton, Nottingham, played host to a memorable week of Buddy in September 2017, courtesy of a sell-out run staged by Amici Productions.
Testimonial:

“Well, what a week – it’s been an experience that none of the cast will ever forget. The audiences have been amazing with sell-out performances every night. I have to say a big thanks you to yourselves for the support you have given us along the way, it’s been much appreciated”
— Adrian Perkins, President, Church Wilne Rotary Club – Amici Productions, Draycott, Derbyshire, England 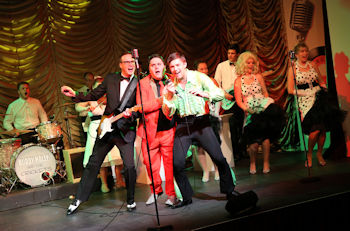 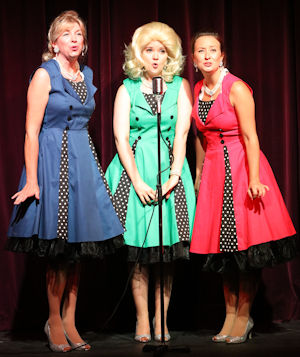 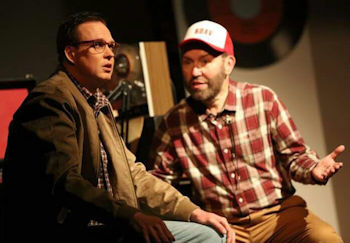 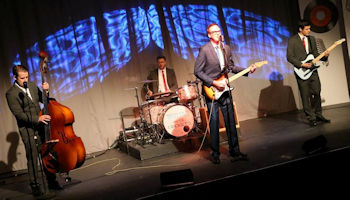 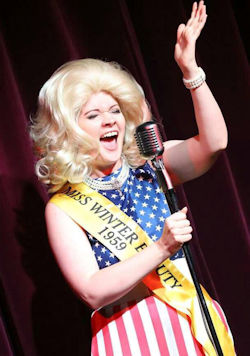 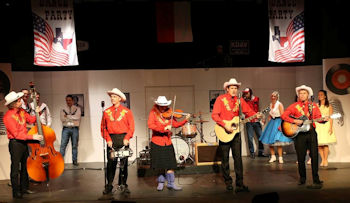 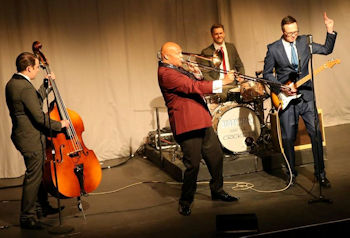 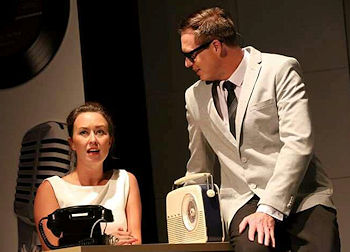 Thousands of pounds were raised for charity along with the roof, when the cast of Buddy – The Buddy Holly Story ‘rocked (n’ rolled) the house’ at the Duchess Theatre in Long Eaton, Derbyshire, England from the 4th – 9th September 2017. The show was performed by Amici Productions an amateur group made up of talented individuals brought together by Church Wilne Rotary President Adrian Perkins with the express purpose of raising funds for both local & international causes.

The show had sell-out audiences throughout the week, which included a Gala performance on the Thursday night which was the anniversary of Buddy’s birthday. This was a red-carpet event with a 50’s car on show, photographer capturing everyone on arrival as they enjoyed canapes & prosecco.
Rotary President Adrian along with ‘Buddy’ (Rob Holsman) presented The Cannan Trust a local charity with a cheque for £1440 (see pic below) which was raised from the proceeds of the Gala Night alone. With revenue from the rest of the week, the event will have raised more than £8000. Adrian stated how proud he was to have worked with so many talented people in putting the show together, he went on to say: “A lot of other people will benefit thanks to the generosity of the Buddy audience.” 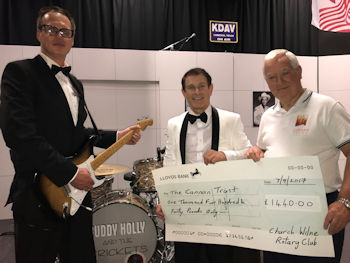 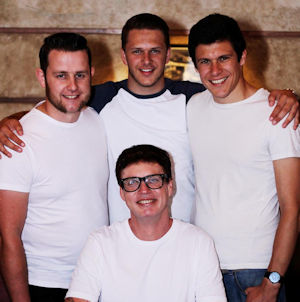 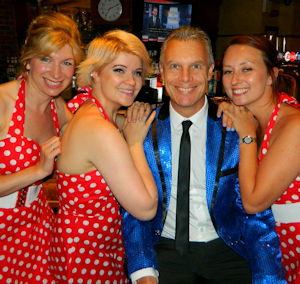 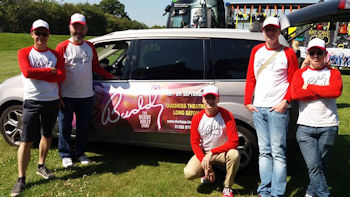 Drumming up publicity... it worked! 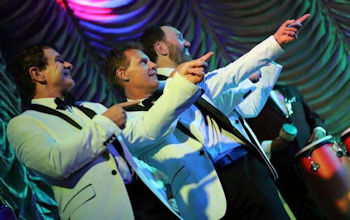 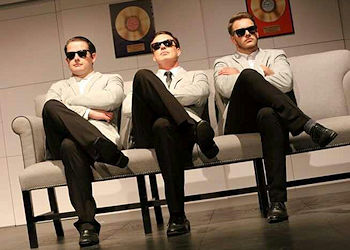 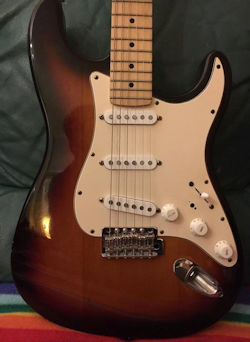 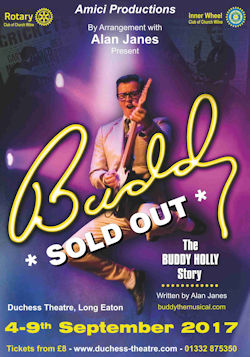