Reviews:
What A Sound! American Blues' 'Buddy' has the hits... and a terrific Buddy Holly
“Here’s a trivia question for you: What was the first jukebox musical? The answer isn’t Beautiful — The Carole King Musical, nor Jersey Boys or Motown: The Musical. It wasn’t Million Dollar Quartet or We Will Rock You or even Mamma Mia! Absolutely not Smokey Joe’s Cafe or Movin’ Out or On Your Feet! nor, well, you get the idea.

“The genre has proved popular and lucrative for one reason above all else: shows that feature songs to which audiences already feel intense emotional connections have a built-in advantage over anything with an original score, for these shows can tap into nostalgic recollection. People love to go to a show and feel young again.

“I may even have missed a couple. But the evidence shows a proven hit, you’ll agree.

“And I suspect you’ll feel that way if you head over for a darn-tootin’ good time at Stage 773 on Belmont Avenue, where the American Blues Theater has resurrected Buddy, this time under the direction of Lili-Anne Brown and with Zachary Stevenson doing the honors as Lubbock’s favorite son. Of all the theaters in my above list, the back room at Stage 773 gets you closest to the music.

“I started writing down some of the jukebox musical cliches — the supportive radio DJ, the kids dying for a new sound, the executive trying to keep the talent in its lane, the guy in the recording booth being suddenly blown away — only to later realize that these were not theatrical cliches in 1989, but have become such mostly due to people copying this very show. As in Beautiful, Buddy features other artists doing cameos for variety. Here you get Vasily Deris doing the Big Bopper and Cisco Lopez essaying Ritchie “La Bamba” Valens, whom you may recall were on the same plane as Holly when their conveyance crashed in an Iowa cornfield early Feb 3, 1959, otherwise known as the day the music died.

“It lives on at Stage 773. Young Stevenson has his guy down and he comes with bucketloads of puppy dog enthusiasm; if you don’t like him, you don’t like much of anybody. The show also better integrates the musicians and the performers than most of the previous stagings, adding to the sense of an immersive party.

“This is not the subtlest show you ever saw — that never has been the case. And the production rushes the ending, diluting the sense of loss. Buddy never needs shtick, it just needs truthful performances and the songs that people love. This one makes up for the overplayed and campy moments with a killer central performance, exuberant support from Deris and Lopez under the musical direction of Michael Mahler, a deft turn from Molly Hernandez as Buddy’s wife, spirited small-space choreography from Jon Martinez and just a general spirit of inclusion, emotional investment and rockin’ happiness. You’ll have a blast.”
–Chris Jones, Chicago Tribune 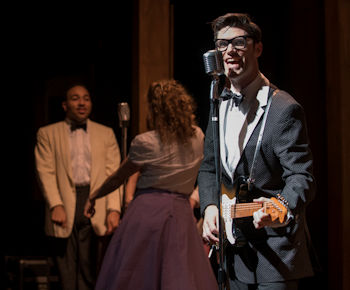 “The one musical you must see! High octane, infectious, and electrifying energy. Stevenson is amazing!” – Let’s Play on Chicago Now 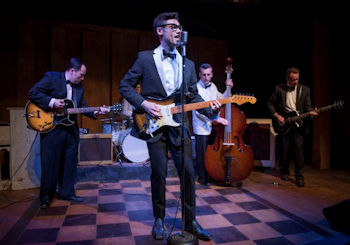 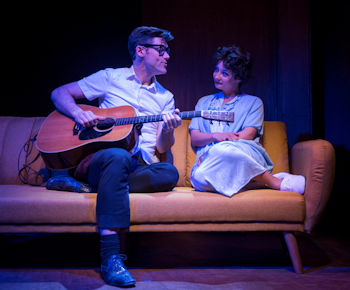 “Highly recommended. The entire ensemble, whose amazing performances, both vocally and with a range of instruments, is stellar. Prepare yourself for one fabulous night of theater!” – Chicago Theater & Arts

“*****Five stars (out of 5). Music direction by Michael Mahler is sheer perfection” – Around the Town Chicago 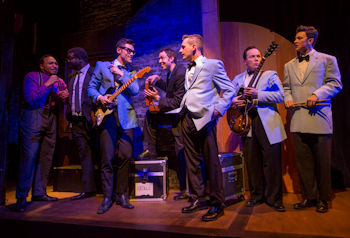 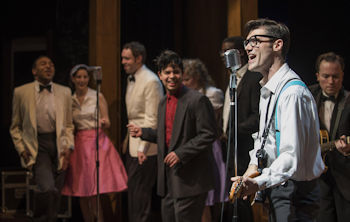 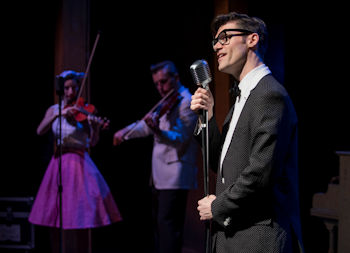 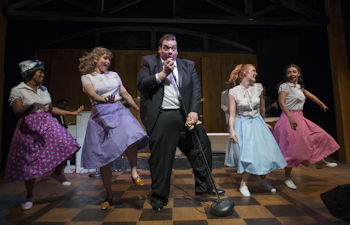 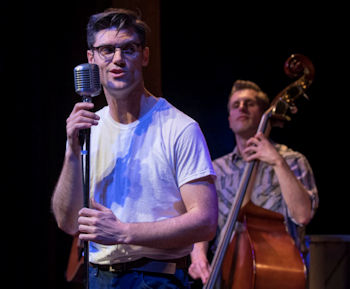 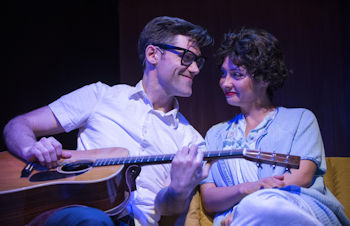