The Springer Theatre in beautiful Gananoque - the Gateway to the 1000 Islands - played host to the wonderful and memorable Thousand Islands Playhouse production of Buddy over four weeks in summer 2018!
Testimonial:

“The show has been wonderfully received by our audiences and is proving that both the script and the music are so resonant to a contemporary audience. They LOVE Buddy Holly”
— Brett Christopher, Managing Artistic Director, Thousand Islands Playhouse, Gananoque, Ontario
Photos by Randy deKleine-Stimpson / ftbd.ca 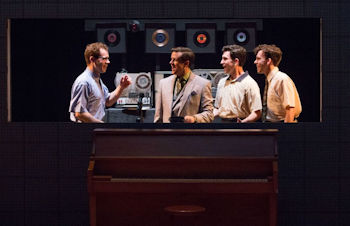 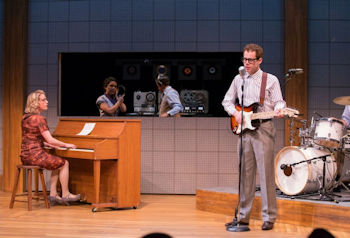 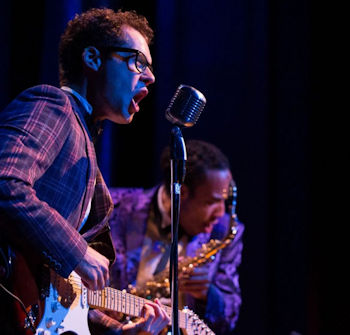 Nathan Carroll and Hal Rogers in Buddy at Thousand Islands Playhouse (2018)
Review (abridged):
A FUN TOE-TAPPING EXPERIENCE!
“Any rock musical that’s worth its salt needs catchy tunes that will engage and excite the audience. Buddy - The Buddy Holly Story, the musical created by Alan Janes that’s based on the life of American rock pioneer Buddy Holly, is certainly no exception to this; it’s jam-packed with many hit songs from Holly and other major singers of the 1950s. With this repertoire, the rendition of this musical produced jointly by 1000 Islands Playhouse and Western Canada Theatre (from Kamloops, BC) and directed by James MacDonald is nothing short of impressive.

“MacDonald’s production features a highly talented cast who are equally capable of playing multiple instruments as they are acting and singing. The deliberate effort on the part of the director and performers to include the audience as much as possible in the show (presenting the old radio shows and music festivals as if they’re happening in the current moment) further helped to ensure engagement and attention... 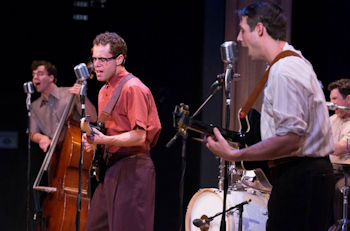 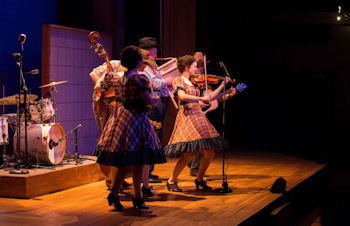 “Nathan Carroll’s performance as the title character is stellar – complete with the signature glasses, he gives off a well-crafted impression of Holly. His visible facial expressions and expressive movements (such as excitedly jumping around when a local radio host decides to help Holly form a band) further help in creating vividness to his character. Even more, his singing of Holly’s classic tunes consistently is remarkably steady and holds its own against the many instruments onstage. Other particularly good portrayals come from Nick Fontaine as fellow icon Ritchie Valens, Sheldon Bergstrom as larger-than-life “Big Bopper” (J.P. Richardson), Montgomery Bjornson as the delightedly Texan DJ Hipockets Duncan, and Hal Wesley Rogers as Apollo Theatre host Tyrone Jones. The vocal performances of each of the cast stand out, however, as do their ability to play instruments as diverse as banjos and saxophones. 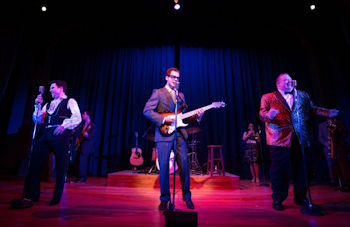 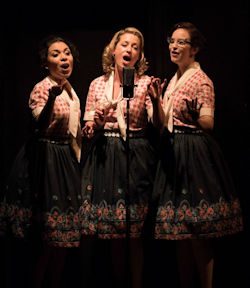 Tzeitel Abrego, Meredith Zwicker, and Masae Day
“Most of the elements on the technical front served to enhance the musical’s atmosphere. A combination of imaginative but not too complicated sets by Robin Fisher (such as the cut-out window from a wall in record producer Norman Petty’s living room to show his studio) with colourful and scenic lighting by Rebecca Picherack help to provide a sense of place to the events and concerts taking place onstage...

“The final thing which makes this production special is its performers’ engagement with this audience... A delightfully local and Canadian production about an American rock icon, Buddy - The Buddy Holly Story is one which keeps the toes tapping throughout!”
— Natasha Lomonossoff, Capital Critics' Circle / Le cercle des critiques de la capitale 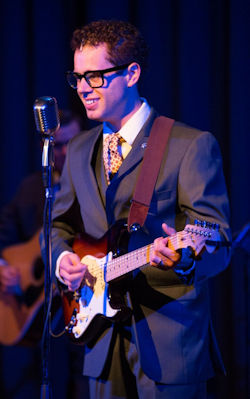 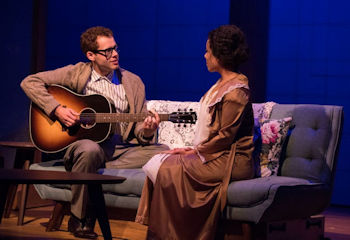 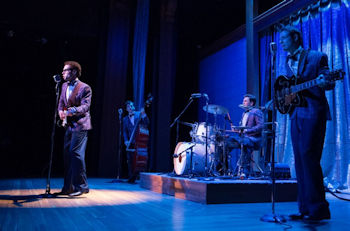 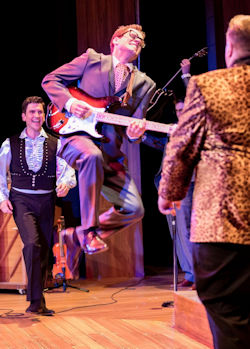 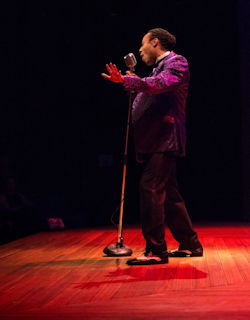 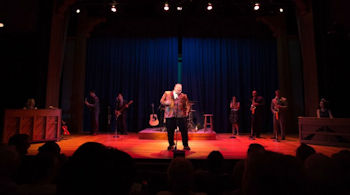