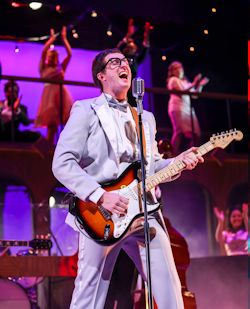 In a high-quality production delayed by the pandemic is was a joy to get the show on at CFRT, thrilling audiences in Fayetteville during late summer/early fall, 2022! 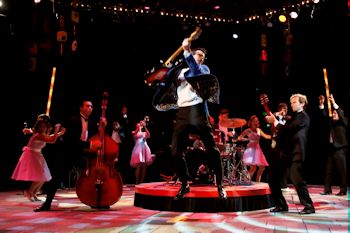 A spectacular setting in southwest Utah hosted a fabulous production of Buddy at the Tuacahn Center's indoor Hafen Theatre over eight weeks in the summer of 2022. 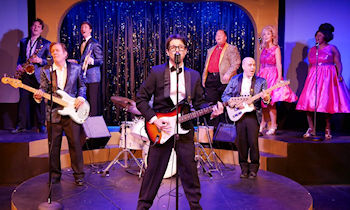 Audiences went wild for Rock & Roll as Buddy proved the perfect show to help welcome people back to the theatre - this one being the beautifully intimate Music Theatre of CT in Fairfield County with its brilliant production in the spring of 2022! 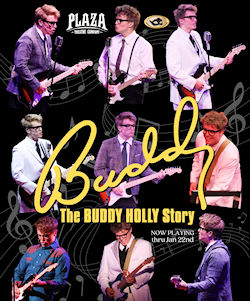 Three seriously rocking weekends at Plaza Theatre helped bring respite from the pandemic in early 2022. Productions of the show are always special in Buddy's home state, and this fabulous production connected big-time with audiences in the Dallas-Fort Worth area. 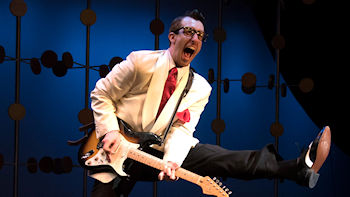 Despite all the pandemic could throw at it, nothing could stop Florida Studio Theatre and its triumphant production of Buddy in winter 2021/22. Audiences in Sarasota were thrilled by the show, proving nothing quite beats the feeling of live theatre! 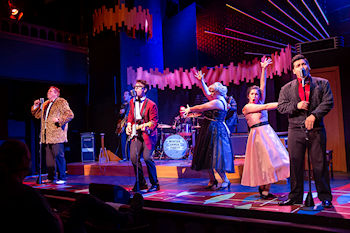 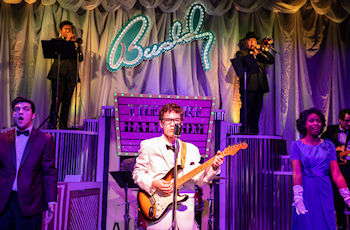 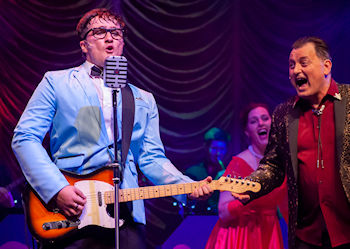 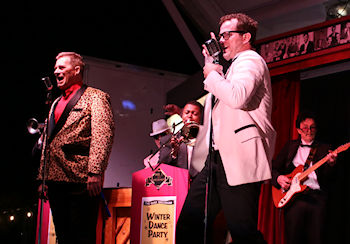