Buddy returned to the Roswell Cultural Arts Center in spring 2018 for a fabulous three-week run!
Testimonial:

“Buddy — The Buddy Holly Story is timeless and appealing to audiences of all ages. Over the past ten years we’ve produced it three times and frankly I was leery of our ability to sell it a third time. Much to my surprise, while I knew it would do well, it became the highest revenue producer in our 25 year history, selling out most of our three week run”
— Anita Farley, Producing Artistic Director, Georgia Ensemble Theatre, Roswell, Georgia
Photos: Dan Carmody 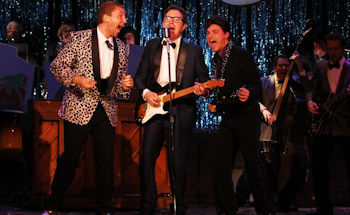 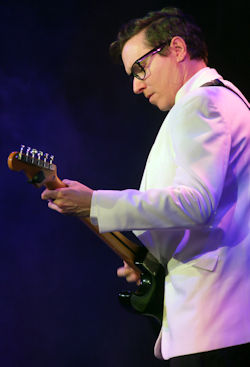 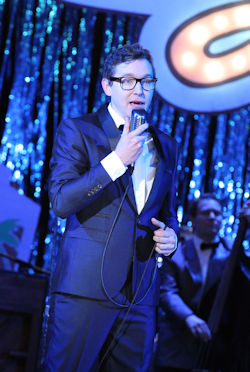