Hamburg, Germany
Dominik is a singer/songwriter who graduated from the Hamburg School of Music. He is playing Buddy for the Westfälisches Landstheater in Germany on numerous dates throughout 2016-17.
Dominik was discovered by Stage Entertainment in 2009 to play Tommy and cover for Buddy Holly in a one-year-run of the show at the Colosseum Theater in Essen. He won the 2014 Music+Sound Award for his composition in the trailer of Philomena. As well as playing Buddy, Dominik is mainly a musician and songwriter/producer, who just loves slipping into the role of Buddy. 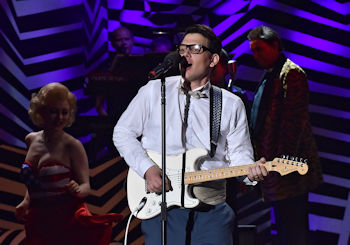 (Above and below) Dominik in action as Buddy in the Westfälisches Landstheater production (Castrop-Rauxel, Germany, 2016) 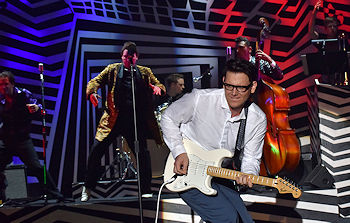 Says Dominik: “For me, Buddy Holly is a great role model in many ways. Whether it be that he really knew what he wanted and went for it, or that he didn't care about what other people said he should do. He broke down barriers and achieved more in the short time he had, than most people do in a whole lifetime.

“The music and the spirit of the show are so inspiring, that I give my all to bring Buddy back to life, in a way. At least for the duration of one show.” 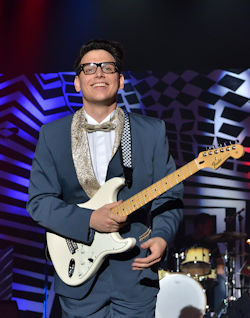 “Dominik Schwarzer (Buddy) shines on the guitar, and he also strikes at the hiccups of Holly”
— Ruhr Nachrichten

“The musical Buddy - The Buddy Holly Story by Alan Janes, tells us the story of Buddy Holly, who was interpreted by Dominik Schwarzer in a fantastic way. Dominik brings the juvenile charm, warm-hearted openness and of course, the obsessive urge to compose and write the perfect songs of Buddy Holly, back to life”
— Mittelhessen.de 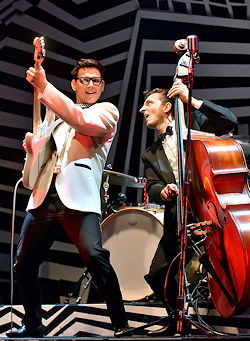 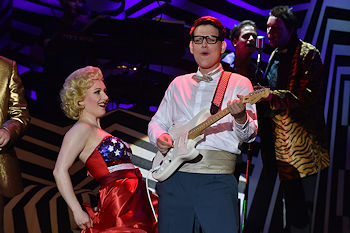 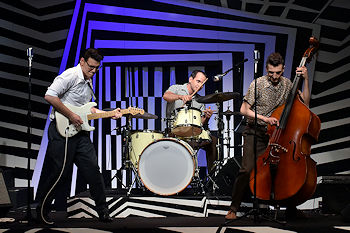